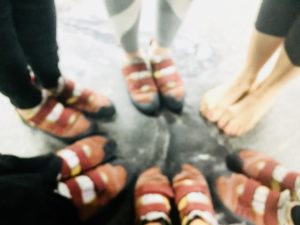 Recently a few of my Pilates 1901 team and I went climbing at the nearby ROKC climbing gym in North Kansas City.

While we were excited to be together, I could also sense some apprehension as we laced up our climbing shoes and teased one another about the way our butts looked in the harnesses. Looking up at the little mounds and hand holds on the 30 foot walls, we were secretly thinking, “Will this be fun? Will it be too hard? Will I be able to do it? That looks awfully high.”

Ulysses, our playful but instructive guide got us going on the walls quickly. When asked who wanted to go first, I volunteered, mostly because no one else did. I’d had climbing experience, mostly on ice, so I felt like I should lead. “You look like the fearless leader,” quipped Ulysses.

Little did he know.

Unlike my experience on ice, ROKC offers self belay which means you are held safe to the wall by a top side rigging system which is triggered by the movement and weight of your body. Simply stated, when you need the rope to hold you, it is there. But, you need to trust it.

As I climbed the beginners path , feeling the gentle tug of the belay and finding the handholds and footing secure, my confidence soared and I scrambled up grateful for the ease. When it was time to let myself down, Ulysses instructed me to sit back and let the rope catch me so I could safely traverse back down.

When I sat back, there was a slight delay before the rope caught me and I freaked out, twisting and flailing into the wall several times before landing with a thud on the (padded) floor. I looked up at Ulysses accusingly, “What happened?” “You didn’t sit back and walk down.” Which, of course, was true. What he didn’t say was, “You didn’t trust the rope you control freak.” 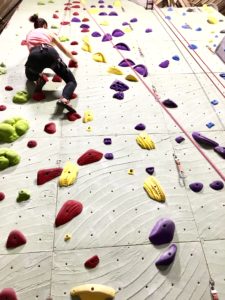 Eventually all of us got the hang of climbing and descending, cheering each other on, enjoying ourselves as we improved with each climb. We were also humbled and thrilled by the physicality of it, correctly predicting how sore we would be the next day. 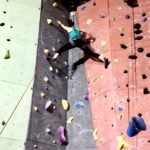 And Tricia, married to a rock climber, impressed all with her experienced cat like splits and grip skills.

By evenings end, we all felt accomplished and agreed it was a great team challenge.

Ulysses, sensing my reluctant desire to push further, offered to belay me as I went up a more advanced route. As I picked and clawed my way up I felt his support on the rope which felt good and familiar.

But it wasn’t enough when I found myself perched, spread eagle, and precariously unbalanced. Tired and clinging, my left leg, deeply flexed and unstable, simply refused to work. My left hip, having endured three hip replacements, simply refused to work I tried and tried to make my muscles work, but it was not happening. 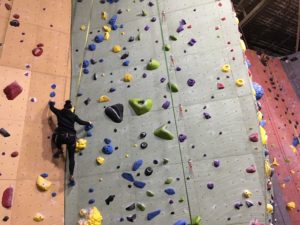 I began to shake and got pissed which only made me shake more. “Okay, that’s it! Let me down Ulysses! I’m done.” He pulled the rope tighter and said, “Hang on and rest a minute.”

I just hung there, totally annoyed at this man child who had no compassion for a geriatric like me. How old was he anyway? Thirty? I was tired, pissed and uncomfortably exposed. What else could I do? I inhaled; and then I exhaled.

I barely heard him because I was pouting.    “What?” I snapped back.

“Look to your right.”

And as I looked to my right, of course, I saw it- another option- another way up. I hesitated before I let my left leg down (actually it slipped off the foothold), and gracelessly moved my body to the handhold to the right. With his help, I also found my footholds and breathing heavy, clinging to the wall, grateful to have made it, came face to face with a child of about ten years old, passing me on the climb. 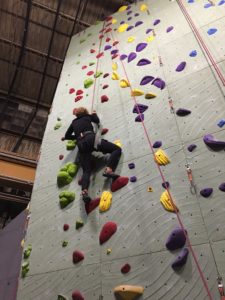 Okay Lord, I thought, I get it!

My fear had gotten the best of me and I’d panicked, using my hip as an excuse. Fear not only blinded me to finding another solution but threw me directly into victim mode. Gross.

Thankfully Ulysses was there to remind me I had choices. I climbed the rest of the way up, right beneath that ten year old and felt really, really good about it.

When the evening was coming to a close, I asked Ulysses how old he was. He was twenty four; younger than my youngest son. I smiled at that and gave him a good tip. 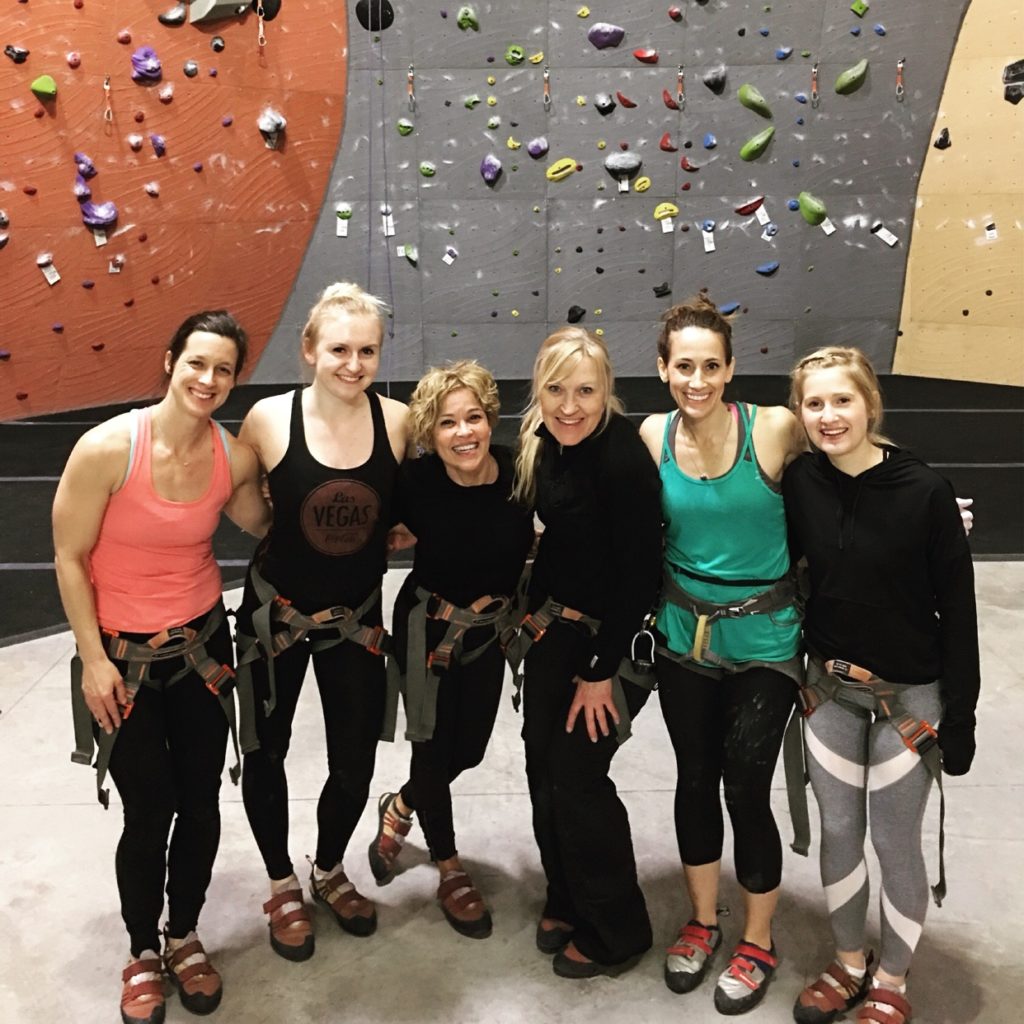 I hope he’s my coach again, because you know, I have to go back.