I wish I didn’t but I do.  I have issues; more than a couple. 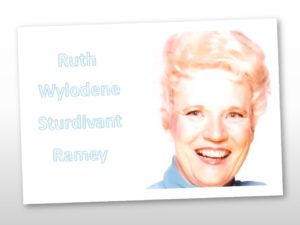 I’m a fifty-eight-year-old woman; I understand the nature of personal responsibility and don’t play the victim. There are simply facts that have influenced who I am and how I live in the world; one of the larger issues being my relationship with my Mother.

Ruth Wylodene Sturdivant Ramey had a big name and even larger presence.

She weighed 89 pounds when she got married, a diminutive, complicated combination of waif and warrior.  My Mother played both princess and martyr; she, the consummate shapeshifter whose presence, though loved, was not to be trusted.  This planted within me as a child, a quiet bud of longing that took root until I too became a shapeshifter, never quite sure of my center.

It happens a lot. Despite our best efforts to defy, know better, and resist the pull of our past, many of us still end up becoming our parents.  I find this ironic and also hysterical.

I spent the larger part of my life disgusted and impatient with my Mother. I thought she was weak, manipulative, and narcissistic. I was embarrassed by her inability to manage her emotions, be consistent or take responsibility for her behavior.  She was everything I did not want to be, and that resistance to her left its mark.  I nursed a secret aversion for the feminine, a misogynis, afraid that being female also meant you were weak, indecisive, and irrational.  Predictably I cultivated the more “masculine” parts of myself.

I took charge, pursued success, and denied vulnerability.  I then systematically cut my losses when things didn’t work out for me.  I stuffed my emotions by overworking, overeating and overdrinking . I then took it to the other “extreme” and over exercised to try to right the ship.

And for a long time, it worked- sort of. There were jobs’ lost and relationship troubles and divorces, but through it all, I remained stubbornly hopeful and certain my life was on the right path.  My sons grew into men, my businesses expanded and I met a man who loved me, challenged me and made me laugh.

I began to believe I might deserve this happy life and gave myself permission to enjoy it.

Last year was difficult, unexpected and distinctly unwelcome.  I thought I had done the work necessary to be a fully present, balanced and loving adult, but I was wrong.  The old shapeshifter resurfaced, adrift again, only this time it was worse, much worse because I’d believed myself to be so grounded, and faithful and true.

I didn’t see the hole, but I fell anyway, grasping for handholds that weren’t there.  From the bottom, I could see the light above but had neither the faith nor the motivation to muster the climb.

The other part of my “Mother” story is the fact that before Ruth Wylodene was my Mother, I had another one, the Mother that gave birth to me. This Mother was unmarried and could not keep me, despite the fact that she was already raising my brother.  This Mother planted the first seeds of fear and shame in me because even in the womb you can tell when you’re not wanted.

When I was in my early forties, living large and in charge as the manager of a local health club, I decided it was time to find that birth Mother.  Adoption records were sealed in the state of Missouri, so I had to hire a private investigator – Laura was her name- to help me find her.  She was an intermediary, designated to make contact so that my Mother and I could finally connect. 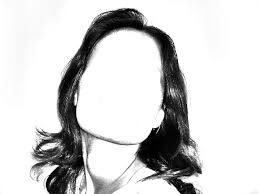 I sent my carefully crafted letter, with pictures of my three sons, my husband, adopted parents and siblings to my birth Mother.  I assured her I was happy in my own life but also had questions; questions only she could answer.  I already began bargaining with her saying that even if she could not meet me, could she please write and tell me my story.

I explained to her that when you’re adopted, it’s like having your portrait painted on glass- I needed her to give me the background to give context to my features.

The process moved slowly despite my anxious inquiries for updates.  I picked up the phone at work one day and was surprised to hear Laura’s voice on the line. I wasn’t expecting her to call me, so it took me awhile to process what she was saying.

I put down the phone and began to sob.  Crying was something I didn’t do back then, especially at my workplace, but I did that day.

I don’t know with whom I was angrier- her for rejecting me, or with myself for believing she wouldn’t.

I gathered my things and quietly left work.  I sat in my car for a long time until it was time to pick up my son Sean from school. He was eight years old. 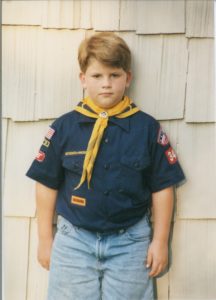 When he got in the car, seeing my eyes and face swollen, he immediately asked, “Mom!  What’s wrong?”

“Nothing’s wrong sweetheart.  I’m just tired,” but it was obvious I’d been crying, and that meant something was definitely wrong.   We drove a few minutes in silence; I could feel him staring at me.

I pulled the car off the road, exhaling as I explained what happened, “Something  happened today Sean and it has NOTHING to do with you and I am not sick.”  I told him how I’d been adopted and that for years I’d wondered who my parents were and why they would give me away.  I hadn’t told him or pursued it because I didn’t want to hurt Grandma and Grandpa. Finally, I’d hired someone to help me locate her, and they had.

“Today the lady called and said they’d found my birth Mother, but she’d sent my letter back and wrote on the envelope NO MORE CONTACT” at which point I burst into tears.

In that moment, I felt stupid and sorry I’d exposed my son to my pain.  He just looked at me for a few seconds, thinking. Then he said, “Well I’m sorry Mom but she must be a “B,” because who wouldn’t want to know YOU.”

His innocent compassion catapulted me back into the present.

What did it matter what she thought of me? I was his Mother and he loved me unconditionally. His honesty offered a profound spiritual lesson: focus on what is and let go of what is not.

This was the moment that mattered, sitting in the car on the side of the road with my eight-year-old, not some story about a stranger who, for whatever reason, chose not be in my life. 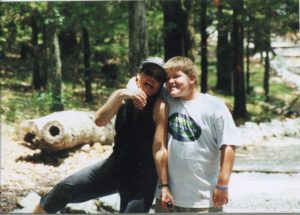 I wish I could say that I learned this important lesson that day, but it’s still something I remind myself to work on often.  The laws in Missouri have recently changed, making all adoption records public.  My friend, an attorney, is working to locate my birth records.  I am not looking for the same reasons I did then, but I am still looking for my birth Mother.

Longing, loss, and heartbreak have been recurring themes in my life. But so are loving big, laughing hard, taking risks and pushing my limits.

I’ve been told I need to learn to let go of control, accept help and be vulnerable- in short, embrace my feminine side. I wouldn’t disagree, but it still makes me smile. “Working” on this isn’t the answer- it’s much harder to simply accept, trust and let go. 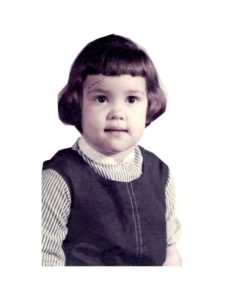 I am not a Motherless Child.  I’ve had two of them: one gave me life and the other just made it a lot more interesting.

I’m not sure why I chose to believe their decisions were my fault; that somehow I was damaged, unloveable or wrong. I suspect it was simply because I was a kid who wanted to feel loved.

I like the poet Rumi’s words, “Your task is not to seek for love, but merely to seek and find all the barriers within yourself that you have built against it.”

That sounds true to my heart, and I’m just going with it.