It was a bright Sunday morning, the sun was shining bright in the Winter sky, and best of all, Herb woke up feeling better than he had in weeks. This was reason enough to make a plan for an outing, a field trip! (Back story: on our recent trip to Costa Rica, Herb contracted pneumonia which had the expected detrimental effect.)

We were both excited to enjoy a Sunday together, and, as we’d been recent shut ins, get the hell out of the house. 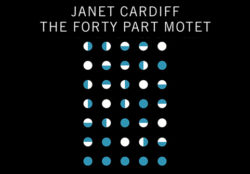 Cindy Cart, one of my clients, had generously shared tickets to an exhibit at the Nelson Atkins Art Gallery where she works. Another client had just reported that this unusual exhibit was fabulous and a must see, so I was eager to go and Herb, feeling so much better, was easy to coax. So after our morning ritual of coffee together in bed, we jumped in the shower, and, all smiles and unicorns, set out for our Sunday morning adventure.

We’d planned to get to the gallery as it opened at 10. Imagine our surprise when we drove up just minutes after it opened and the line for parking snaked all the way down the west edge of the building. Wow, we thought, it sure is great to see all these people out at the Nelson. So much for our unique idea.

What we hadn’t realized was that it was a special day at the gallery to celebrate the Chinese New Year. Families of all ages crowded the Bloch wing to enjoy a program full of free exhibitions, dancing, tea tasting, and music. The energy and excitement was contagious…. but we did secretly have concerns that we might not get into the exhibit we came to see (or rather, hear): Forty Part Motet by Janet Cardiff.

When we presented our tickets to get in, we were pleasantly surprised that most people were otherwise engaged in the special events of the day; there were only four or five other people in the exhibit. We were curious about what we’d heard about the installation but still did not know what to expect. All we’d heard was that it was a sound exhibit and wonderful. True, it turns out, on both accounts.

When first entering the exhibit, there is the usual explanation of the artists’ intention and hope for the observer. Janet Cardiff, a Canadian artist has created an interactive space where the visitor literally steps inside a piece of music. Her thought is that people need a way to connect and experience presence, in this case, through music, for emotional fulfillment and release.

Surrounded by forty separate speakers, each one filled by a single voice, we were literally immersed in the astounding beauty of the music. The piece, (Alium Nunquam Habui, written by 16th-century composer Thomas Tallis) is sung in Latin, in a capella; the clarity of the notes both breathtaking and somber.

We had the option to sit in the center of the speakers where we could hear the piece in unison, surrounded by the power of forty magnificent voices joined together in song. Or we could walk slowly around during the piece, pausing in front of a single speaker or group of five speakers, hearing the clear, often awe-inspiring voice of a single tenor, soprano or child singing their individual part.

The effect for us was just what the artist intended; we were impacted emotionally, not only by the beauty of the music itself, but by the metaphor for what is possible when individuals gather with a common theme. The effect was an immediate presence- to the music, the moment, and the miracle of the human voice. The result was not only powerful, but transcendent.

When I looked up the meaning of the word Motet, it read, “a motet is a mainly vocal musical composition, of highly varied form and style, a piece of music in several parts with words, from the late medieval era to the present.”

Further, it was thought at the time that the motet, “was not to be celebrated in the presence of common people, because they do not notice its subtlety, nor are they delighted in hearing it, but in the presence of the educated and of those who are seeking out subtleties in the arts.”

When many of us are feeling agitated, angry or simply depressed by our current political climate, the Forty Part Motet is a potent reminder of our capacity as human beings to come together to create something good, shared, beautiful and profound. Standing in the center of that circle of separate voices, one doesn’t hear disparity or separation: instead, we hear the splendor and glory of co-operation, unity and shared effort.

Aristotle’s statement, “The whole is greater than the sum of it’s parts,” has been debated by mathematicians, psychologists and philosophers; but in the end it is our interpretation that matters most.

The Forty Part Motet asks us to consider our individual gifts and how they can serve the larger score. Now seems to be an excellent time to decide what it is we want as a country and decipher a way to unite to create something we want all want to listen to and more importantly, something that we’re proud to sing.